Next week, seven world-leading Excel MVPs – or The Seven Samurai, as I like to call them ­– are heading to Sydney and Auckland to show you how to slice your Excel data like never before. They’ve already massacred Melbourne. They’ll be butchering Brisbane between Wednesday 4th – Thursday 5th May. Then storming Sydney on Mon 8 – Tuesday 9 May. And then they annex Auckland later that same week, between Thursday 11 – Friday 12 May. If you want to catch them on tour, then here’s a link to all you need to know.

What’s that? Haven’t seen the movie, and want to know what you’re letting yourself in for? Well, here’s a brief plot synopsis:

The year is 2017. It is the agile period of Excel history. Our saga follows the story of a remote village of accountants who hire seven Dēta Ronin (masterless data Samurai) to combat bad practices that threaten to steal the accountant’s productivity after the next financial quarter.

Just look at them. Smiling assassins, the lot of them. God help the accountant that doesn’t do exactly what they say.

I saw a similar movie this time last year: The Dirty (Excel) Dozen. I laughed. I cried. I pivoted. I *power* pivoted. Heck, I even power-queried, power-BI’d, and power-networked. And learnt some stuff that saved me so much time back at work that now I can fill in the hours between hitting Refresh and hitting Refresh again with power-naps.  I came out much better off. (And because I went last year, I also get a 30% discount this year. You can too, if you went last year).

This latest release is clearly targeted at the accountant market. Now I’m no accountant, but I’m going anyway, and perhaps you should too – regardless of whether you are an accountant or something sexier. After all, it’s not your money we’re spending here…it’s the divisional Training Budget. And we all know that if you don’t spend the Training Budget in full this year, you’ll get a smaller Training Budget to not spend next year. So you owe it to your division to spend it on something. And that something should be on Excel productivity, not some touchy-feely soft-skills finishing school crap. So literally take one for the team, and ask your boss for the readies and the release time today.

Now, if the boss is a bean-counter, you might need to put some fluff around that request. So let’s pretend we *are* accountants just for a moment, and see how the business case stacks up: We’d be getting 19 CPD hours (whatever the hell they are) just from sitting there behind our quiet accountant personas, plus we’d get to learn all sorts of accountanty stuff about Excel, PowerQuery, PowerPivot, VBA, and PowerBI from the aforementioned Samurai. Case closed.

Now snap out of it. We’re bean drinkers, you and I. Not bean counters. So we’re going for other reasons that the boss need not be burdened with. I don’t know about you, but I’m going because Auckland is 643.3 kilometres away from my day job in Wellington. Meaning I get to spend two full days NOT looking at the crappy spreadsheets I’ve spent the last few months developing. Not to mention that this 643.3 km learning mecca is in a northerly direction, away from the Antarctic ice caps and permanent hurricanes. Yup, it’s respite care, Excel conference style. Far away from the Excel hell that I find myself immersed in, today. Oh, and while I’m up there, I’ll be attending Ken Puls’ presentation on Making your data mobile with PowerBI at the Auckland PowerBI User Group. Maybe I’ll see you there, too.

So just who are these seven samurai?

You can find their bios here, if you speak fluent accountant. I’ve translated it into Jeff-Speak for the rest of us. 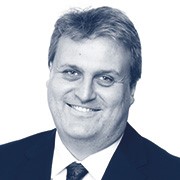 Liam Bastick, an experienced modeller. What kind of modelling, his bio doesn’t elaborate on. But I’m thinking underwear. Which is good, as I too like to build financial models about the apparel industry. 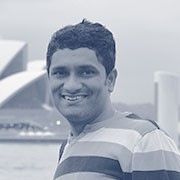 Chandoo, who like many other global superstars before him only needs one name. Although I’m not sure Chandoo will actually be able to make it: His sense of direction is pretty questionable. Just look at that background…does that look like New Zealand to you? Not even close, buddy. 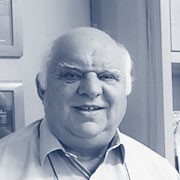 Roger Govier, who no doubt will be packing his red jersey and perhaps overstaying his tourist visa in the vane hope that he’ll see some of his Welsh compatriots finally trounce the All Blacks at the upcoming Lions tour of New Zealand. (The last time being when I was born. I’m now 46. *Sniggers*) 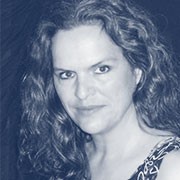 Ingeborg Hawighorst, who’s from New Plymouth – a province so devious and deceitful that that the whole place pretended it was Japan in The Last Samurai. 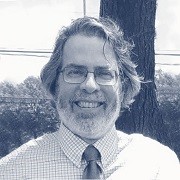 Jon Peltier, who in this photo is saying ‘chart’ instead of ‘cheese’. (I plan to teach him how to say “Good Chart” in Maori. He loves ka pai charts) 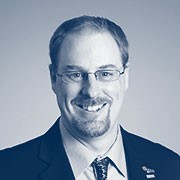 Ken Puls, who in this photo is saying ‘C’mon and take the damn photo already, data monkey. It’s the little button on the left. No, my left’. 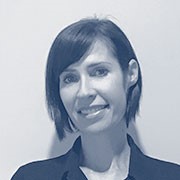 Mynda Treacy, who put the ‘dash’ in ‘dashboard’ with her one hour webinars.

I’m glad that Auckland is the last stop of their southern hemisphere tour. By then, they will have (no doubt) got their presentations down pat, (hopefully) will have their Dutch-courage-driven drinking under control, and probably abandoned attempts to peek up each other’s kimonos. But it’s not just these Samurai that I’m looking forward to heckling. There’s going to be some folk from the Microsoft Mothership there as well. Here they are, consuming some ‘old-school’ data, the Excel 2003 way: 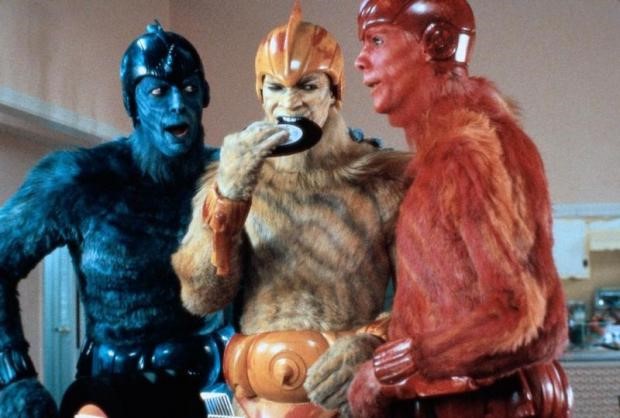 You going? Give me a shout out in the comments, and we’ll CONCATENATE. You thinking of going, but haven’t quite committed? Shout out below anyway, and perhaps one of the Samurai will drop by and talk you around. Probably at knifepoint.