Rob’s got a good post called What is Power Pivot’s #1 Competitor? which has some great comments, as well as a hilarious YouTube clip.

One of his musings is that companies like Tableau – who are indeed competitors to Power Pivot – don’t really view Power Pivot as an obstacle to Tableau getting new customers. They know their biggest competitor is still just Excel itself.

As per my comment I left on that post, I haven’t embraced PowerPivot yet because I’m still too busy panicking about not knowing everything I think I need to know about Excel and VBA. There’s still plenty of posts on this site that I don’t even partially comprehend, and only when I’ve got these under my belt will I STOP panicking about “this” and then START panicking about “that” (PowerPivot). Guess I’ve got a one-track mind.

What’s more, because I switch companies every 18 months to 3 years, while I could possibly put these new-fangled inventions to work where I work now, there’s no guarantee that my new skills will be required in a new role, given PowerPoint ain’t exactly as ubiquitous as Excel is. In fact I think an increase in my old skills will probably be a better bet.

That all said and not done, why to I still get the feeling that I’m missing the opportunity of a lifetime by not investing now. Why do I have a vague sinking feeling that I’m sinking almost imperceptibly into a career tar-pit, rather than evolving into a higher life form?

Ah well, if I’m going to be a living dinosaur, then I’m in good company and in the right place: 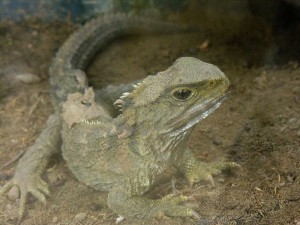 14 thoughts on “Should I learn PowerPivot yet?”