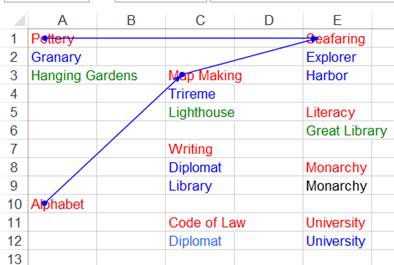 One thought on “Model business dependencies in an Excel worksheet”