The utility is available as a zipped download file, which installs the utility as an add-in, and also provides a sample data file in the user’s My Documents folder. On installation, a new menu (PTS Charts) appears with the menu item Waterfall Charter. The Waterfall Charter dialog is shown below: 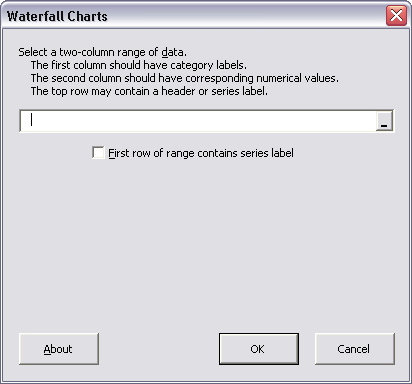 The utility’s output is shown below. The first two columns comprise the original data range; the utility adds the additional columns and the embedded chart. 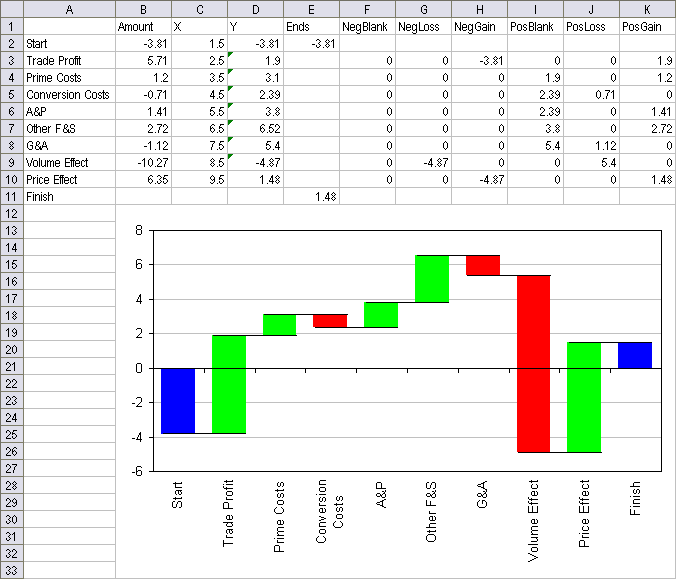 The Waterfall Charter Utility is available from this web page, which also has more detailed instructions (although it’s nearly self-explanatory) and contact information.

I welcome any comments and suggestions, and will probably implement most reasonable feature requests. The blank gray area on the dialog is holding space for some enhancements which I have in mind.