Box and Whisker charts are useful to statistical analysis, when comparing the distributions of data within different populations. A typical box and whisker chart is shown here:

Despite the usefulness of box and whisker charts, Excel has no native capability to produce them. However, the makers of Excel built a lot of flexibility into Excel, if you are imaginitive enough to make use of it. On my web site I show techniques for producing box and whisker charts, both vertical (as above) and horizontal, by creating stacked column or bar charts, hiding some series, and combining with XY series for any added series, such as the average line above.

The procedure is a little complicated, and may get tedious after a while, so some time ago I built myself a rudimentary utility to create box and whisker charts, and I posted it on my web site for anyone lucky enough to stumble upon it. But this week I have made some improvements, and I’d like people to try them out. 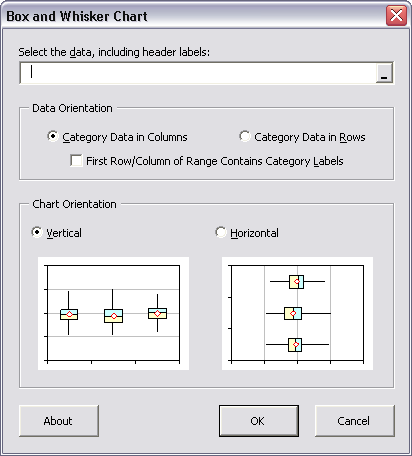 The output of the utility is a table and an embedded chart on a new worksheet. 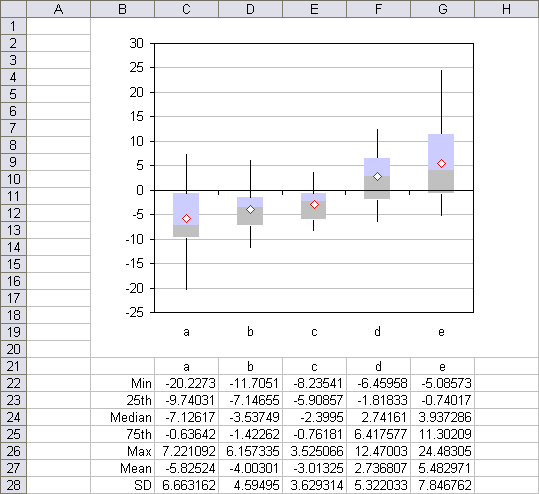 I welcome any comments and suggestions, and will probably implement most reasonable feature requests. Bear in mind that this is another nights-and-weekends kind of project.