Dick signed me up almost two years ago as a contributor to this blog, and I finally decided it was high time I started making contributions, other than big-mouth comments to the posts of others.

On my web site, I’ve described VBA procedures that construct XY charts from regular but nonstandard data arrangements. Such procedures allow the user to chart from existing tables without rearranging the data and without suffering through tedious copying and pasting or repetitive range selection in the Source Data dialog. I’ve recently designed a utility to exploit these procedures. 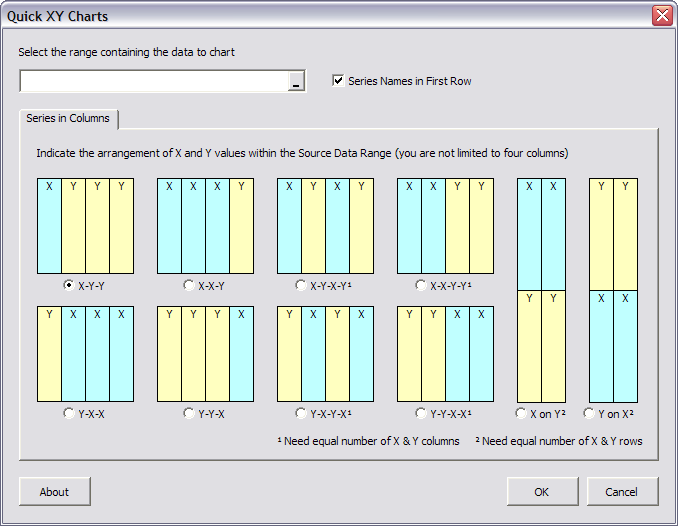 I welcome any comments and suggestions, and will probably implement most reasonable feature requests. Bear in mind that this is a nights-and-weekends kind of project.

I’m also working on tools for building box and whisker charts, dot plots, waterfall charts, and more. I’ll post here to announce new modules when they become available, and at some point I’ll post an outline of the Advanced Charting utility which will contain these smaller tools.